Although significant amounts of organic carbon are present in soils, some of this is relatively inert. Soil organic matter is made up of different pools which vary in their turnover time or rate of decomposition. The labile pool which turns over relatively rapidly (< 5 years), results from the addition of fresh residues such as plant roots and living organisms (figure 1a), while resistant residues which are physically or chemically protected are slower to turn over (20-40 years; figure 1b). The protected humus and charcoal components make up the stable soil organic matter pool which can take hundreds to thousands of years to turnover (figure 1c).

Figure 1: Representative pictures of a. the labile pool, b. resistant residues and c. protected humus.

Inert carbon is largely unavailable to microorganisms and is associated with highly weathered soils and historical burning. Although this carbon has an important role in the exchange of cations and water holding capacity, it is generally not associated with rapid microbial turnover of nutrients in agricultural soils. By contrast, the labile (bio-available) pool of carbon is primarily influenced by ‘new’ organic matter (originating from plants and/or animals) contributed annually and has a significant role in microbial nitrogen turnover and supply.Since labile carbon turns over relatively rapidly, it is considered a more sensitive indicator of changes in soil quality and function than the percentage of total carbon which includes the more inert fractions. These changes are demonstrated in table 1, where after 17 years of continuous stubble burning in a low rainfall environment in Western Australia, only small changes were measured in total soil organic carbon. This compares to the smaller, more labile carbon pools and microbial biomass (MBC) fractions which demonstrated differences between treatments of 31 – 43 % (table 1).


Table 1: Effect of stubble management on soil organic carbon on a clay loam (Hoyle and Murphy, 2006). 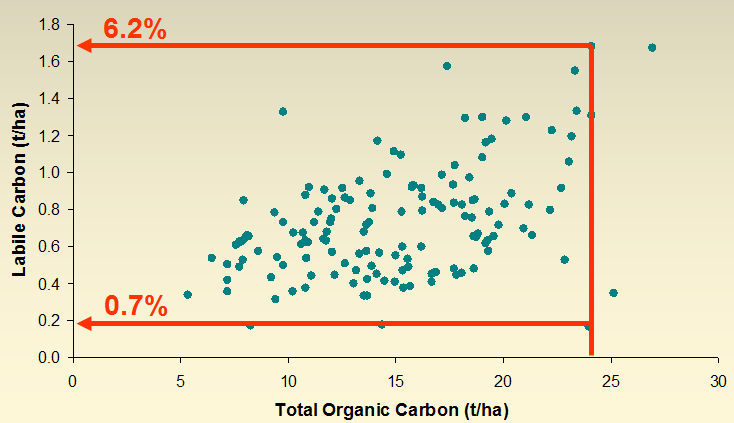 Figure 2: The quantity of labile carbon (t/ha) as a proportion of the total soil organic matter content (t/ha) in a range of arable soils from WA (Murphy, unpublished).

The amount of labile carbon influences both the activity and mass of micro-organisms (microbial biomass) in soil. The micro-organisms’ capacity to release plant-available N is influenced by the quality of organic matter inputs, with net release of nitrogen from the labile soil organic matter occurring at a C:N ratio below about 22:1 (figure 3). High inputs of more recalcitrant residues can increase the ration of carbon to nitrogen in this labile fraction and can result in net immobilisation of nitrogen, making it unavailable for plant uptake. The C:N ratio of a residue decreases as the extent of decomposition increases and becomes more nutrient rich over time. 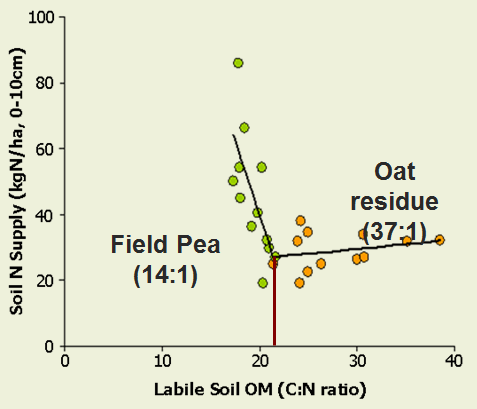 Figure 3: The relationship between the quality of labile carbon (C:N ratio) and soil nitrogen supply (kg-N/ha) in a range of arable soils from WA (Murphy, unpublished).


The labile carbon pool has been to shown to be influenced by the retention of stubble residues, with a decline in nitrogen supply of up to 4 kg/ha/day on removal of these residues. Green manure crops and phase pastures are an ideal way of providing soil with a ‘pulse’ of labile carbon that can have benefits over several years, but in most Australian farming systems crop roots, stubble and animal by-products are the usual carbon sources. In tropical soils, increasing amounts of labile carbon have been associated with higher grain yields (figure 4). 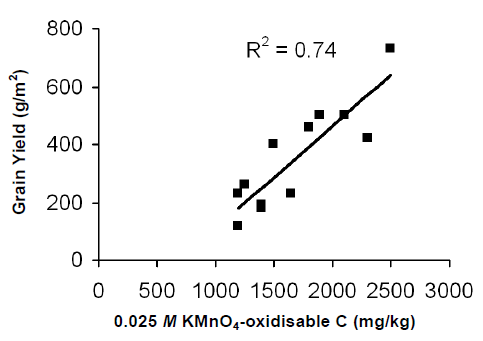 Figure 4: The relationship between the quantity of oxidisable (labile) carbon and grain yield in Honduras (Stine and Weil., 2002).