Soil organic matter is made up of four major pools – plant residues, particulate organic carbon, humus carbon and recalcitrant organic carbon. These pools vary in their chemical composition, stage of decomposition and role in soil functioning and health (figure 1). Management is capable of altering not only total organic carbon stocks, but the proportion of carbon present in these different pools. Knowledge of how carbon pools change in response to management can provide valuable information on likely soil functioning and health.

Figure 1: Organic carbon is made up of four different pools that decompose at different rates (adapted from Bell and Lawrence, 2009).

Each of the different carbon pools decomposes, or turns over, at a different rate and is involved in different soil processes (figure 1).

Plant residues – these are shoot and root residues found on the soil surface and in the soil. They are broken down relatively quickly (weeks to years), and provide an important source of energy for soil microorganisms.

Humus – is composed of decomposed material less than 0.053 mm in size, and is usually found attached to soil minerals. This type of carbon is more resistant to decomposition by soil microorganisms, and so tends to turn over more slowly (over decades to centuries). It plays a role in all key soil functions, and is particularly important in the provision of nutrients.

The proportion of each of the different types of carbon that are present in a soil can provide important information about soil health. The proportion of total carbon made up of plant residues and particulate organic carbon is primarily influenced by the amount of new organic material added to the soil each year. Systems that produce high amounts of organic material, such as well managed pastures or native vegetation, will have higher amounts of residue and particulate organic carbon. Agricultural systems characterised by continuous cropping, long fallow periods and management practices that accelerate the breakdown of organic material (such as tillage and/or stubble burning/grazing) typically have low amounts of these carbon fractions. 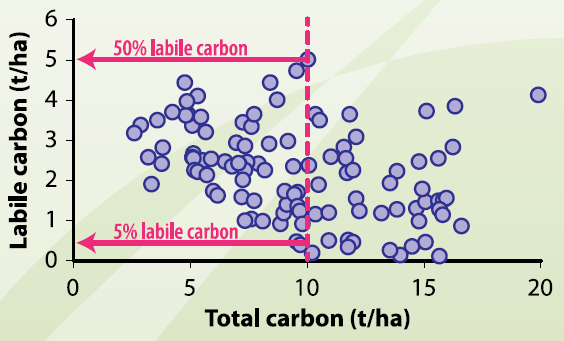 Figure 2: Soils that have the same total carbon may have different proportions of labile carbon (Murphy, unpublished).

The amount of labile carbon influences both the activity and mass of microorganisms (microbial biomass) in soil. However, the capacity of these microorganisms to release plant nutrients, such as nitrogen, is influenced by the quality of organic matter inputs. Soil micoorganisms need nutrients to grow. Consequently, if the plant residues added to soil contains large amounts of carbon (stimulating soil microbial growth), but low amounts of nutrients, such as nitrogen, then soil microbes will need to use all the nutrients contained within organic matter for their own growth. They may even take up nutrients from the soil, tying it up temporarily in the microbial biomass. If the plant residues contain more nutrients than are required by soil microbes, the excess will be released into the soil and be available for plants. Net release of nitrogen, for example, usually only occurs when the plant residues added to soil have a C:N ratio below about 22:1 (i.e. one part of nitrogen for every 22 parts of carbon).

As soil organic material decomposes, there is generally more carbon consumed by soil microorganisms than there are nutrients released. As a result, soil organic materials become increasingly nutrient rich as decomposition occurs. Cereal straw, for example, is made up of carbon and nitrogen in the ratio of 100:1 when it is added to the soil. As this material decomposes and forms humus, its carbon to nitrogen ratio decreases to 12:1. Consequently, while humus is more resistant to decomposition than the more labile fractions, it is nutrient rich and is a valuable source of nutrients contributing to soil fertility.

Labile carbon pools are influenced by increases or decreases in the amount of organic material added to the soil. In cropping systems, labile carbon fractions can be increased by: